Discriminatory acts are those that unlawfully subject a person—based on membership in one of the protected classes listed above—to exclusion from participation in, denial of the benefits of, or unfavorable differential treatment with respect to any educational program or activity of City Schools.

Baltimore City Public Schools (“City Schools”) is committed to promoting respect for and appreciation of the diverse religions, beliefs, and customs of all our students and their families. As part of that commitment, the EEO Unit is charged with reviewing religious accommodation requests to determine whether they meet the requirements of Title VI of the 1964 Civil Rights Act and other applicable legal standards. Critically, under the law, the religious belief must be bona fide and sincerely held, and the accommodation requested must be feasible and must not create unreasonable health and safety risks to other students and staff, as well the broader school community. Parents who wish to request a religious exemption from COVID-19 testing or vaccination (for student-athletes) on behalf of their child(ren) should send a letter or email to Jane Ehrenfeld (jehrenfeld@bcps.k12.md.us) explaining why your sincerely held religious belief prevents your child(ren) from being tested for or vaccinated against COVID-19.

Discrimination can also include bullying, harassment, or intimidation.

Maryland State law sets out a four-part test for determining whether a situation involves bullying, harassment, or intimidation:

Part I requires, “Intentional conduct, including verbal, physical, or written conduct or an intentional electronic communication.”

Part III requires that the intentional conduct is:

Part IV requires that the intentional conduct either-

If you believe you have been the victim of bullying, harassment, or intimidation, visit City Schools’ bullying website.

You can also fill out this form online or on paper. It's also available in Spanish.

If you believe you have been the victim of any other form of discrimination, please fill out this form and submit it to your principal or school counselor.

What is sex-based discrimination?

City Schools defines sex-based discrimination as follows: Actions that unlawfully subject a person—based on the person’s actual or perceived sex, gender, sexual orientation, gender identity, gender expression, marital status, and/or pregnancy/parenting status—to exclusion from participation in, denial of the benefits of, or unfavorable differential treatment with respect to any educational program or activity of City Schools. Sex-based discrimination also includes sexual harassment, as well as acts of hate, violence, insensitivity, disrespect, or retaliation—such as verbal abuse, bullying including cyberbullying, slurs, threats, physical violence, vandalism, or destruction of property—that impede or affect the learning environment, as well as sexism in all its forms, including sex-based stereotyping, based on conformance or nonconformance to stereotypical notions of masculinity or femininity. In addition, sex-based discrimination includes conduct and practices that may be facially neutral but that have an unjustified disparate impact based on a person’s actual or perceived sex, sexual orientation, gender identity, gender expression, marital status, and/or pregnancy/parenting status.

Some examples of sex-based discrimination include:

What do I do if I think I have experienced or witnessed sex-based discrimination in school or in a school-based activity or program?

If the incident/behavior does not involve sexual harassment, then fill out this form.

If the incident/behavior involves sexual harassment, see below.

What is sexual harassment?

There are two frameworks that govern sexual harassment allegations.

Under Title IX, sexual harassment is defined as follows:

Any conduct that could be construed as sexual harassment but does not fall within the above definition, will be handled under the framework for bullying, harassment, or intimidations set out in Board Policy JICK and Administrative Regulation JICK-RA.

What do I do if I think I have experienced or witnessed sexual harassment in school or in a school-based activity or program?

If you believe you have experienced or witnessed any kind of sexual harassment in school or in a school-based program or activity, please fill out the bullying reporting form. Once the EEO Unit receives the report, we will ensure that the correct framework is used for resolving the complaint.

Who handles complaints of sex-based discrimination and sexual harassment?

The EEO Manager & Title IX Coordinator handles complaints of sex-based discrimination and sexual harassment, in collaboration with the principal of the schools involved in the complaint.

Where can I learn more about City Schools’ rules and procedures related to sex-based discrimination and sexual harassment?

City Schools prohibits discrimination and harassment based on students’ actual or perceived sex, gender, sexual orientation, gender identity, gender expression, marital status, and/or pregnancy/parenting status. Sex-based stereotyping, based on conformance or nonconformance to stereotypical notions of masculinity or femininity, is also a form of sex-based discrimination.

If you would like support at school, this protocol is a tool you can use with a trusted member of the school administration.

This January 26, 2021 report to the Board contains information on City Schools’ LGBTQ+ Support initiative.

Board Policy JBB and Administrative Regulation JBB-RA also have information on specific protections and supports City Schools offers to LGBTQ+ employees, third parties, and students. If you have experienced or witnessed bullying or discrimination based on your sexual orientation, gender identity, gender, or gender expression, please visit the Student Sex-Based Discrimination and Sexual Harassment section above.

For information on transgender student participation in athletics: MPSSAA Guidance for Participation of Transgender Youth in Interscholastic Athletics, August 2016

City Schools has established an LGBTQ+ Cross-Functional Team, comprised of individuals from across City Schools offices and schools, as well as external stakeholders.

Team Mission: Develop and implement supportive practices that will contribute to safe and secure environments for all those we serve in the lesbian, gay, bisexual, transgender, queer and questioning (LGBTQ+) community, by building the capacity of the City Schools community in the work; by ensuring robust compliance with legal requirements and Board policies; and by reporting and responding to complaints while working to reduce the occurrence of policy violations.

Team Vision: All members of the City Schools LGBTQ+ community will be affirmed, feel brave, experience equitable treatment and have the opportunity to reach their full potential.

Please reach out to Jane Ehrenfeld (jehrenfeld@bcps.k12.md.us) or Chitamawe Daka Mulwanda (CDMulwanda@bcps.k12.md.us) for more information, or with any questions or ideas for the Cross-Functional Team.

Did you know that you can use a preferred name and sex in school, on virtual learning platforms, and on most City Schools documents, without having to go through the legal name/sex change process?

If you want to know more, please reach out to your principal or counselor for more information.

Please reach out to your principal if you would like to explore starting a GSA at your school.

If you are in crisis and need support, the following hotlines are open 24/7:

The Trevor Project – 1-866-488-7386
A non-judgmental hotline for those 25 years old and below with LGBTQ-sensitive trained counselors you can contact through a call, text, or chat during a mental health crisis and/or suicidal thoughts.

Trans Lifeline – 1-877-565-8860
Trans Lifeline is primarily for transgender people in a crisis, from struggling with gender identity to thoughts of self-harm. 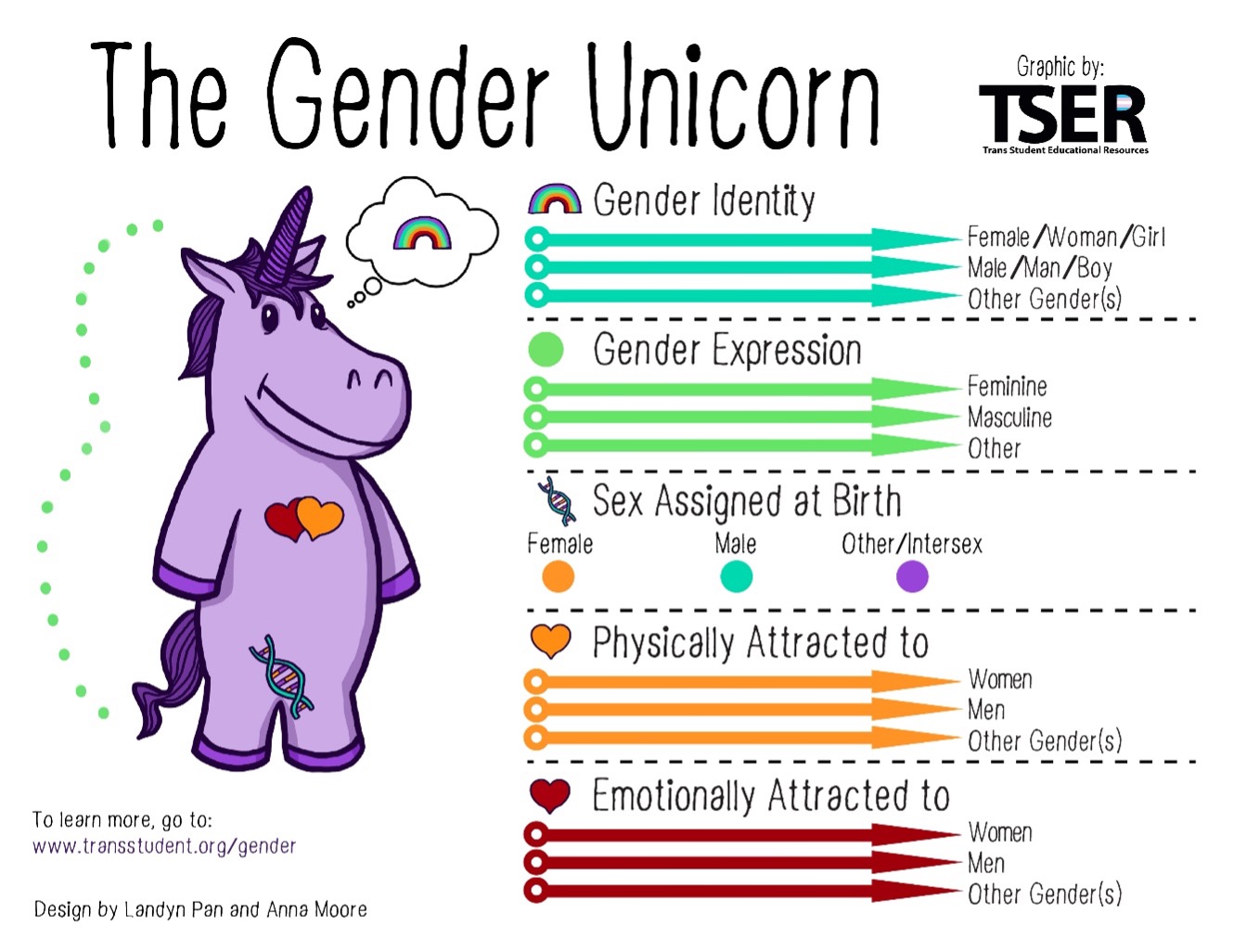 Supporting LGBTQ+ Students and Other Stakeholders

The Baltimore City Board of School Commissioners (“Board”) recognizes the importance and benefits of breastfeeding for both parents and infants and is committed to supporting nursing parents (both students and employees). Board Policy ACH, which applies to all employees and students, covers City Schools’ policy regarding nursing parents, and Administrative Regulation ACH-RA covers access to nursing facilities.

Prior to the student being absent for childbirth,  schools will advise and review with the student the range of academic opportunities available and advocate for both the development of options and necessary supports, which may include credit recovery, independent study, dual enrollment, attendance, or other educational options to allow them to maintain their educational progress. Schools will assist a student nursing parent with appropriate referrals to home and hospital supports, social services and health care resources available in the community both before and after childbirth.

If you have a question or concern related to nursing, please contact the EEO Manager at EEO-TitleIXCompliance@bcps.k12.md.us.