English language learners and Spanish speakers take to the stage

The lights are bright, the stage is set. The curtain at Holabird Academy flies open to reveal dozens of students ready to perform, dance, sing, and act - all in Spanish!

The joyful, early-August performance was the culmination of the Spanish Immersion Theater Camp, a free, six-week program providing English-Language-Learning and Spanish speaking students from across City Schools with an opportunity to develop personally and academically through theater. Approximately 40 students in fourth grade through high school came together to read and write scripts, dance, sing, and explore improvisation.

According to John Neubauer, Baltimore City Public Schools Coordinator of World Languages, the camp’s impact extended beyond theater. “Coming to school and being expected to learn in a second language can be challenging,” said Neubauer. “This camp allowed our English Language Learners to feel as smart as they are - building self confidence and literary skills in their own language while connecting with peers. It was an amazing experience for our students and staff - we routinely arrived early and left late!” 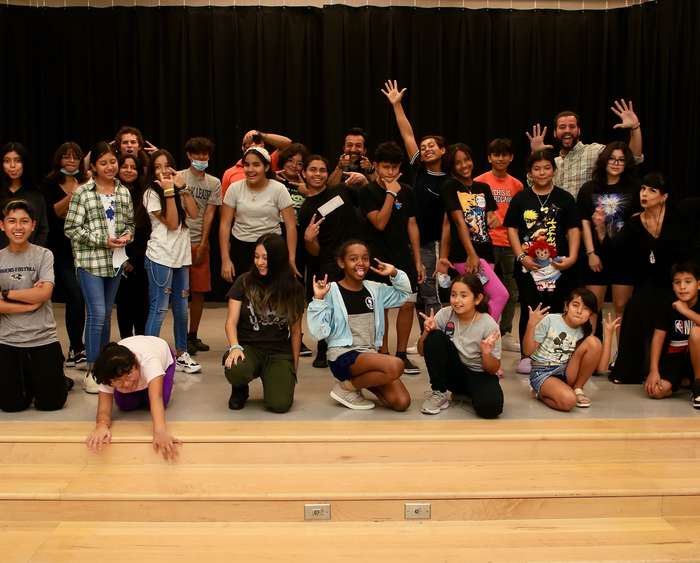 Through creative performances, fun games, and engaging instruction, students recalled, refined, and improved their Spanish, which according to Spanish teacher and camp creator Erwin Otero Santos, transfers to improving their English.

“As a Spanish speaker, I notice that when you master your own language, you can learn a second one more easily,” explained Otero. “When these kids grow up with two languages in their minds at once, they may not reinforce other skills like writing. And what better place to reinforce those skills than with theater, practicing social skills, public speaking and presentation?”

Yaneli Zuniga, a student at Hampstead Hill Academy, agrees. “I really like camp! It is true how for some kids, their first language is Spanish but they can forget about that. It’s good that this is in Spanish so that we don’t forget. We keep practicing both languages!”

Whether students love theater or are trying it out for the first time, the camp has an impact. For example, one student did not enjoy performing. But after speaking with Neubauer and Otero, it became clear that he loved working behind the scenes. Fast-forward to the culmination event, the student was the stage-manager for the production.

Said Catherine Jimenez, another student from Hampstead Hill Academy, “My favorite part is how we can have fun and learn at the same time. And it helps me with my grammar. This program is important because when coming from somewhere Hispanic, you don’t want to lose your Spanish. But here you can be bilingual by learning both English and remembering Spanish.”

As a first-year summer program, the Spanish Immersion Theater Camp was a huge success! See for yourself in the footage of rehearsals at the camp, below.

Check out this awesome City Schools Summer Immersion theater camp held at Holabird Academy, where students rehearsed a musical production in Spanish to perform for their families!