In schools across the city, City Schools continues to make progress toward meeting and exceeding expectations

(Baltimore, MD)— Baltimore City Public Schools students continue to make progress on MCAP, formally called PARCC, as seen in results released today by the Maryland State Department of Education. Students in every grade in English language arts and in most grades in math saw increases from last year in the number of students scoring a level 4 or 5.

In math, though scores remained relatively flat, gains were seen in grades 3, 4, and 7 and in Algebra I.

“We are clearly on the right track, and our schools are on the move” said City Schools CEO Sonja Brookins Santelises. “The progress we’re making to build the capacity of our schools to support students’ success is picking up speed, building momentum across the district. I feel it when I’m visiting schools, and we see it in these results. But we know that long term, our investment in curriculum and supporting schools will lead to even more progress for students in the future.” 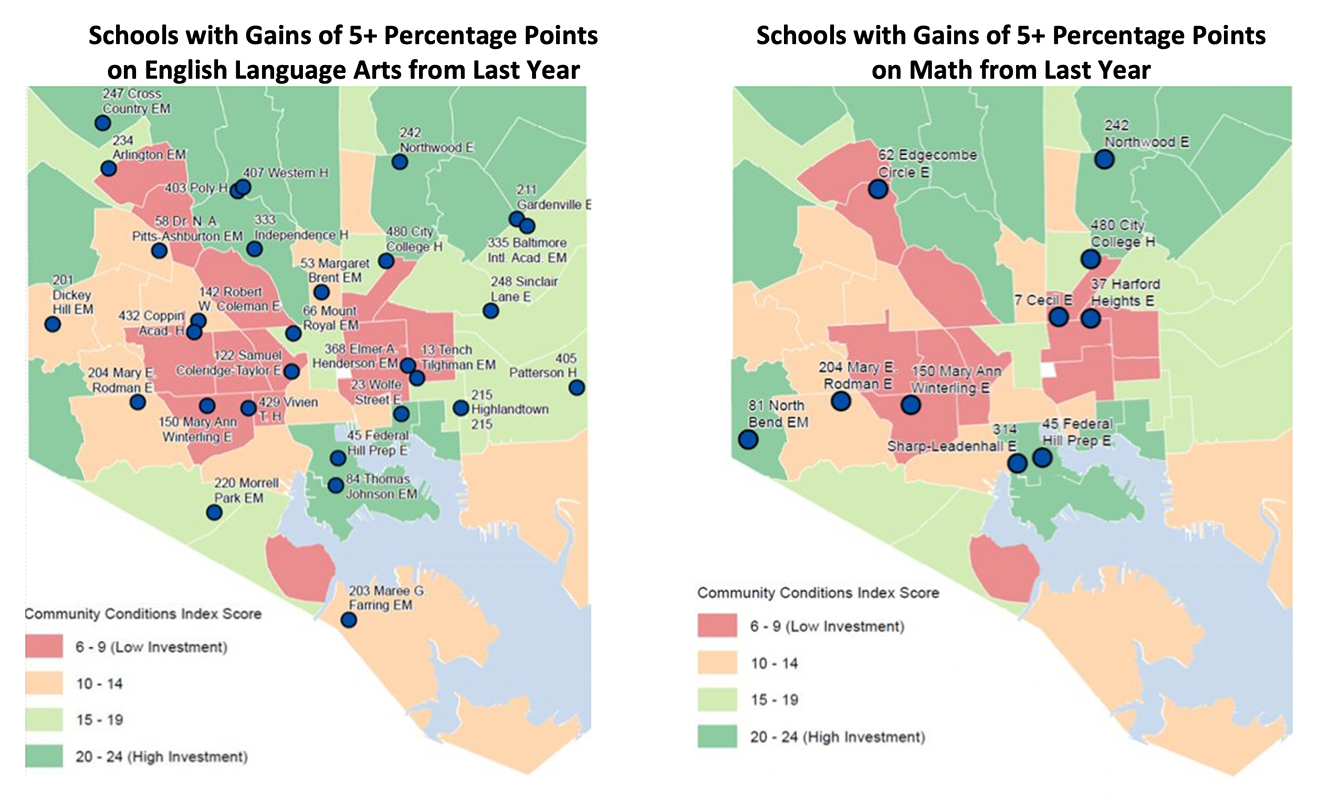 “Schools with some of the biggest increases year over year are in some of our most historically under-served and under-resourced neighborhoods,” said Dr. Santelises. “The work we’re doing is focused on making sure every school is accelerating growth for every student.”

As part of the district’s strategic plan, Blueprint for Success, City Schools identified schools as intensive learning site to receive additional resources in literacy and key components of student wholeness. In the 2018-19 school year, 20 literacy coaches served as on-site experts on the curriculum to provide direct support to teacher teams. We’re adding 20 more literacy coaches for the 2019-20 school year. Additionally, two years ago, City Schools implemented a new English language arts curriculum, and a new math curriculum last year. Through ongoing professional development, teachers practice new skills with peers before they teach their students and dig deeper into data to help make decisions about how best to support students. 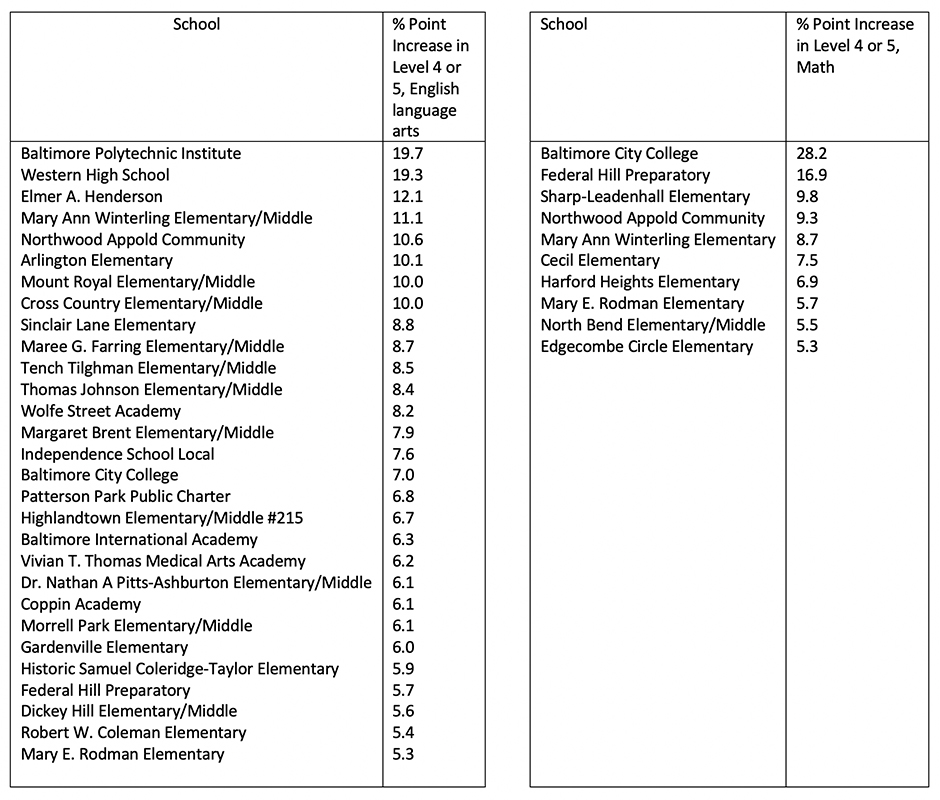